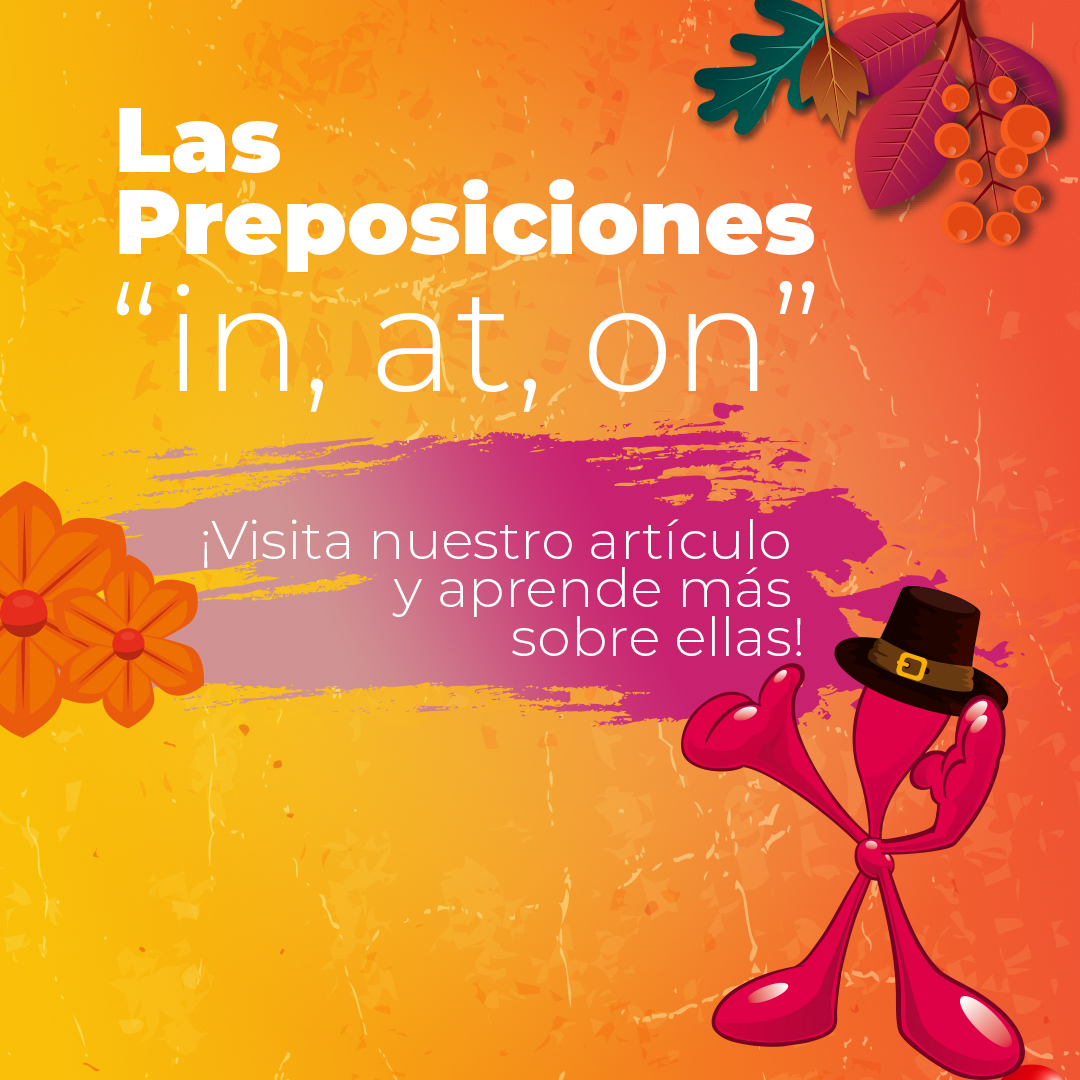 We want to share a little more about them with you so that you can learn to use them and become fully bilingual!

Let’s start with the uses of these prepositions for TIME:

AT is used to indicate:

Hours: at 2:00 pm
Meal times: at dinner time
Holidays: at a Christmas party

ON is used to indicate:

Days: On Wednesday
On New Years
On July 1st

IN is used to indicate:

Months: in October
Years: in 1991
Parts of the day: in the morning

In closed spaces: In the kitchen, in my bedroom, in a box.

The open but limited places: in the park, in the street.

In some transportations: in the car, in a taxi

In cities: in London

In countries: in Germany

On floors of a building: on the second floor

In parts of a closed place: on the floor

Larger transports: on a boat, on a train, on a plane

In some places, to describe where you are: I am AT home. I am AT school.

We know that it can be confusing, especially when it comes to transportation or in places, but if you practice them by making up different phrases, you can learn them easily!

Remember that an excellent way to learn English, in addition to intensive or Saturday classes, is through a Conversation Club where you can talk to other people and practice speaking and pronunciation!