What is St. Patrick’s Day? 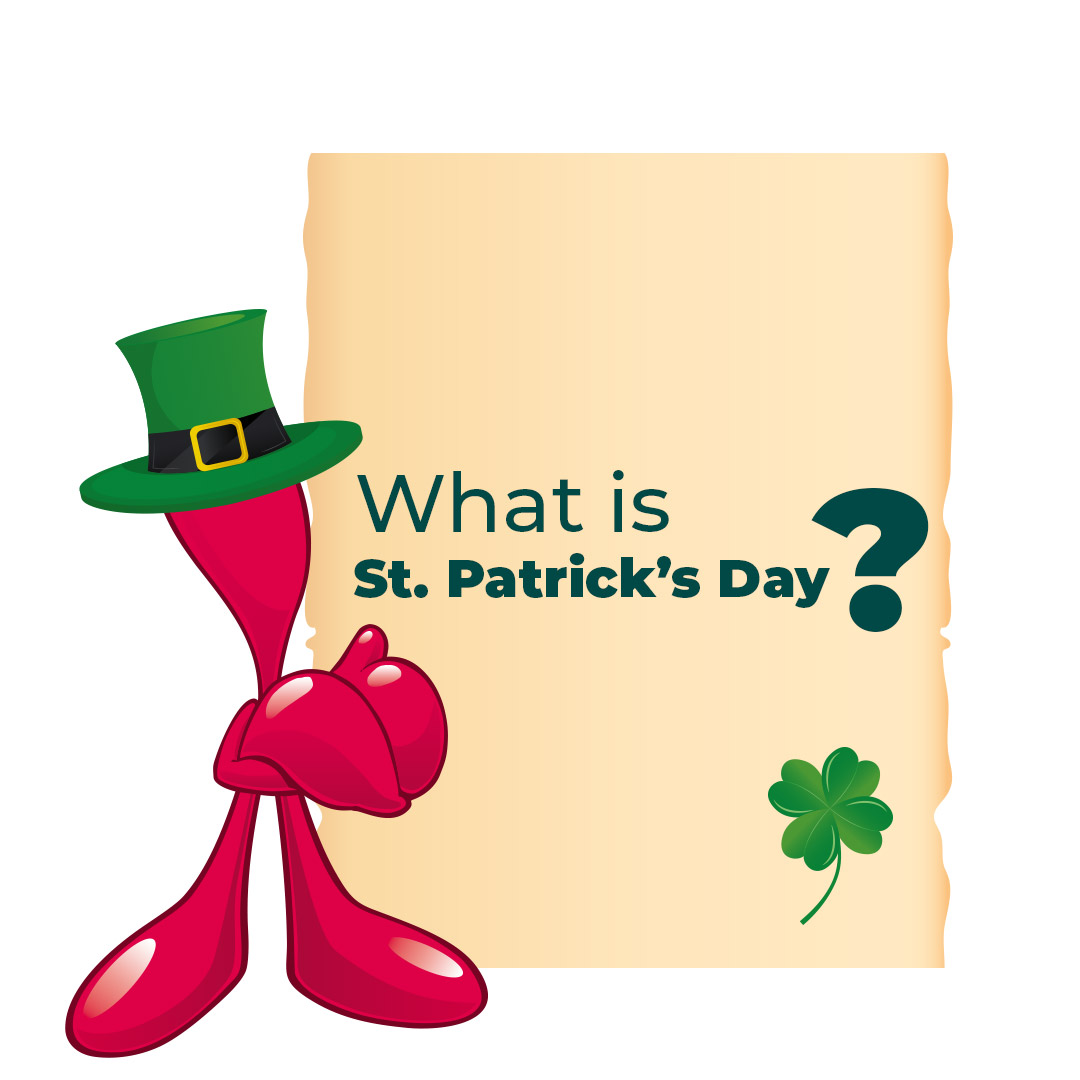 St. Patrick’s Day is now associated with wearing green, parades and beer! But the holiday is grounded in history that dates back more than 1,500 years!

The earliest known celebration of this day was held on March 17, 1631, because of the anniversary of the death of St. Patrick in the 5th century.

It is believed that St. Patrick, the patron saint of Ireland, was actually born in Britain. At age 16 he was kidnapped and sold as a slave to a Celtic priest in Northern Ireland, and after six years went back to Britain, missing Ireland very much. He eventually returned to Ireland as a Christian missionary.

St. Patrick brought Christianity to the Celtics, and among the legends associated with him, is that he stood atop an Irish hillside and banished all the snakes from Ireland, making people start to believe in his miracles and Christianity.

There are many symbols related to St. Patrick’s Day: the green-clothed Leprechaun, known also as “lobaircin,” meaning “small-bodied fellow”, which stems from the Celtic belief in fairies, is one of them.

The shamrock, a three-leaf clover, has been associated with Ireland for centuries. It was called the “seamroy” by the Celts and was considered a sacred plant that symbolized the arrival of spring. According to legend, St. Patrick used this plant when he was a missionary to show people the Holy Trinity!

While people in Ireland have celebrated St. Patrick since the 1600s, the tradition of a St. Patrick’s Day parade and party day began in America!

Records show that the first St. Patrick’s Day parade was held on March 17, 1601 in what is now St. Augustine, Florida.

Immigrants in the US are the ones who transformed St. Patrick’s Day into a secular Holiday of Irish celebrations! Some celebrations in major cities have even transformed into a huge party. Since 1962, for example, Chicago has coloured its river reen to mark the holiday. Irish and non-Irish people alike commonly participate in the “wearing of the green”, wearing any green clothes or a Shamrock to commemorate this day.

Now you know! The origins of St. Patrick’s day were not all green beer and pots of gold…he was the Patron Saint of Ireland and marks the start of their Christianity! It is a secular party now, though, so dress in green, feel lucky, and have fun!