Why Do We Kiss Under the Mistletoe? 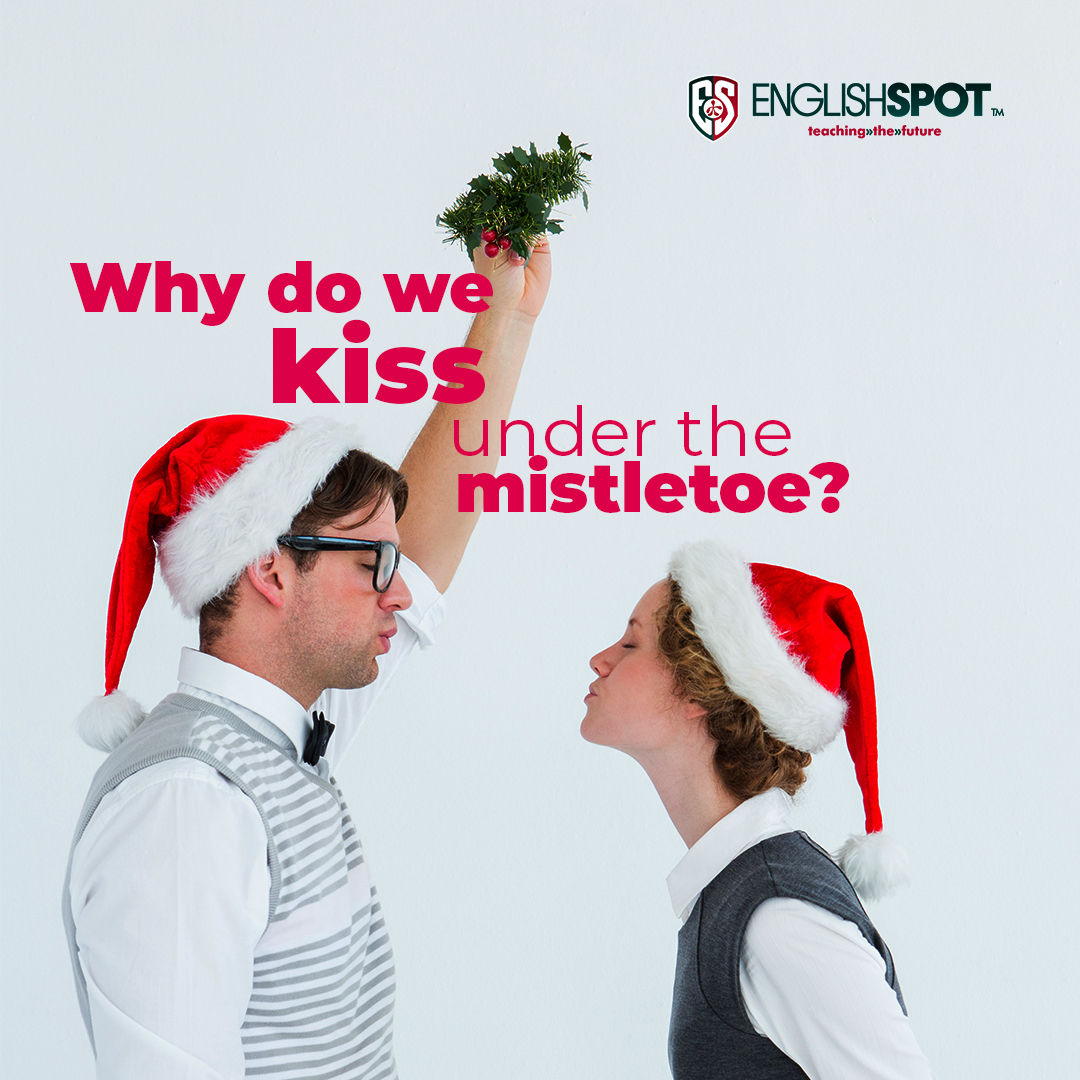 The Christmas kiss under the mistletoe is a tradition that has been around for many, many years. You probably have seen it in movies, TV shows, and even listened to it in songs! But, do you know why this little plant’s history is so symbolic? It dates back thousands of years!

Many ancient cultures loved the mistletoe because of its healing properties. The Greeks used it as a cure for many things, from menstrual cramps to spleen and stomach disorders. The Roman naturalist Pliny the Elder even said that it could be used against epilepsy, ulcers, and even poisons!

But, when did its romantic symbolism start? It is believed that it started with the Celtic Druids in the 1st century; since mistletoe could blossom even through a frozen winter, the Druids started to see it as a symbol for life and vivacity, and they started using it in humans and animals to restore fertility! Such a resilient plant!

Perhaps one of the more famous eras in the mistletoe folklore is from the Norse Mythology, and so the story says that when Odin’s son Baldur was said to die soon in a prophecy, his mother Frigg, the goddess of love, went to all the animals and plants in the world to ask them to swear an oath and promise that they would never harm him.

But Frigg forgot to go to a little, unassuming plant; mistletoe. And so, Loki, a scheming and malevolent God, made an arrow made out of mistletoe and was able to kill the invincible Baldur! Luckily, the Gods were able to resurrect him from the dead, and so Frigg declared mistletoe a symbol for love, and promised to kiss every person that walked beneath it! Yes! It’s a nordic tale!

Through the Middle Ages, mistletoe was still considered a symbol for fertility, love, and vitality. By the 18th century it became incorporated into Christmas celebrations around the world, and a symbol for the Holidays. We still don’t know exactly how it came all the way from being a medicinal herb to a quintessential holiday decoration, but the kissing tradition started among English servants and then spread quickly to the middle classes.

In the earliest custom, men were allowed to steal kisses from women standing under the mistletoe, and not doing it was considered really bad luck! Another tradition was to pluck a berry from the mistletoe when you got a kiss, and when they were all gone, the mistletoe was not to be used for kissing anymore!

Visit https://miamienglishspot.com/ to find more interesting articles, and all of our English Lessons!